Keep this homemade brownie recipe handy. These crowd-pleasing fudgy bites will be requested over and over.  The first time I made these for a large group, I ended up making two more batches that same night since it was the most popular desert over a holiday weekend and the first batch was gobbled up in no time. This recipe impressed not only our low carb, keto and gluten free guests but also those who ate the standard American diet, who were the majority. My teenager skeptics of sugar free, gluten free, low carb goodies were licking the brownie batter from the mixing bowl! 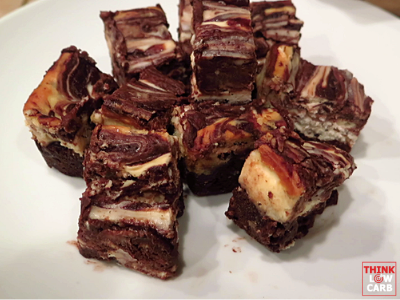 Did you know brownies have been enjoyed for over 125 years?  Various stories claim the origin of the brownie and the stories state different dates but all in the 1890s.  Some say the brownie began as a cook’s mistake while making a cake while others claim someone purposely wanted a chocolate cake variation.  Either way we’ve been devouring these chocolate bar cookies for well over a century and we can keep on devouring them with this low carb version that contains only 1.5g of net carbs!

We’ve swirled a rich chocolate flavor with a delightful creamy peppermint layer to create these fudgy bites. The touch of peppermint is not overpowering. It’s the perfect amount to compliment the sweet chocolate base.

Pairing chocolate and peppermint together anytime of the year is sublime but if you are making them around the holidays or St Patrick’s day adding green food coloring to the cream cheese layer makes the brownies look fun and festive.

The key to keeping the fudgy texture of these bites is using the freezer. Not only does storing these brownies in the freezer make them last longer but it also maintains that chewy texture that is ooey- gooey satisfying.  Enjoy your tasty keto fudgy peppermint brownie bites right out of the freezer. 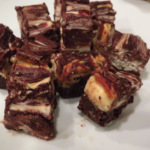 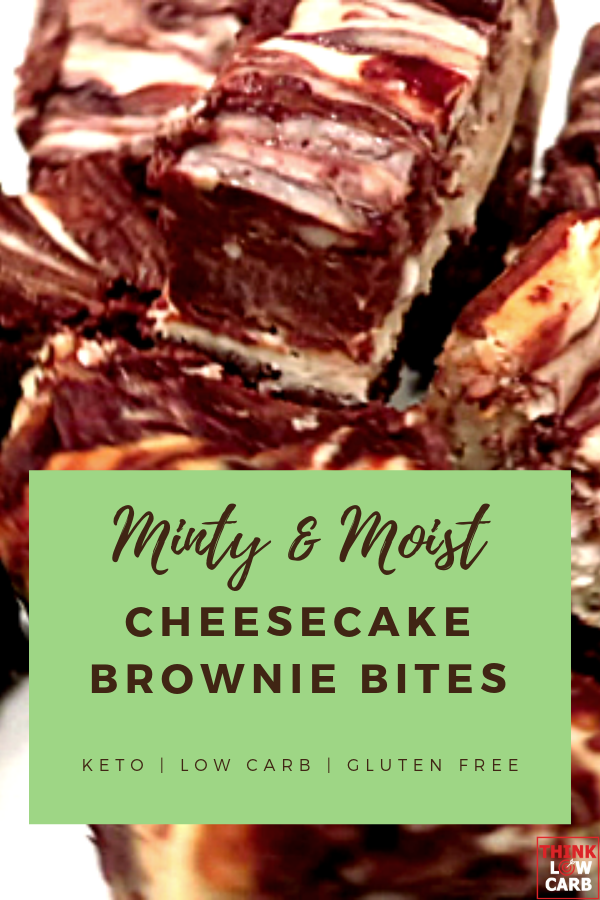