Growing up in the South, we didn't have much in the way of pumpkin desserts and certainly nothing like keto pumpkin pie cheesecake bars. At Thanksgiving, we always had something with sweet potatoes in it. Sweet potato pies and sweet potato casseroles were much more common.

I never really questioned it – mostly because sweet potatoes are delicious as well but it turns out that in the aftermath of the Civil War, pumpkin-related desserts were considered to be “from the North” and as such, resisted in the Deep South.

Otherwise, sweet potatoes and pumpkins share a lot of similarities. Both of them are part of the winter squash family. They have similar coloration and similar nutrient content – both of them high in carotenoids.

Carotenoids (most importantly beta carotene, lycopene, lutein, and zeaxanthin) are potent antioxidants and pumpkin is no slouch in this regard containing alpha carotene, beta carotene, and lutein!

Carotenoids (like the ones found in pumpkins) are believed to decrease the risk of certain types of disease including specific cancers and eye disease.

Of course, it's hard to get the benefit of these natural cancer-fighters if what you are eating is swimming in sugar! But not to worry, this recipe for keto pumpkin cheesecake bars contains no sugar whatsoever! 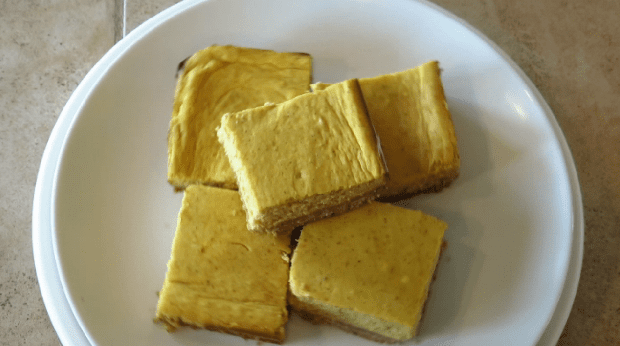 However, that doesn't mean you have to give up the flavor you love – far from it. Every bite of this keto pumpkin cheesecake recipe will have you swearing you're eating the real thing.

The almond flour crust is light and buttery with just enough texture to hold firm and not crumble in your hand when you take a bite. Otherwise, these keto pumpkin cheesecake bars are LOADED with every ingredient you've come to expect.

Cream cheese, allspice, nutmeg, cinnamon, vanilla extract and of course, pumpkin all combine together to bring you a dessert so decadent, you won't believe it's low carb.

Even better, this recipe uses two of the most popular sweeteners out there today – Lakanto Golden Monkfruit Sweetener and Swerve Confectioners which means that it's not only going to help you hit your macros but do so at an impressive three grams of net carbs per serving.

More of my keto dessert bar recipes to enjoy! 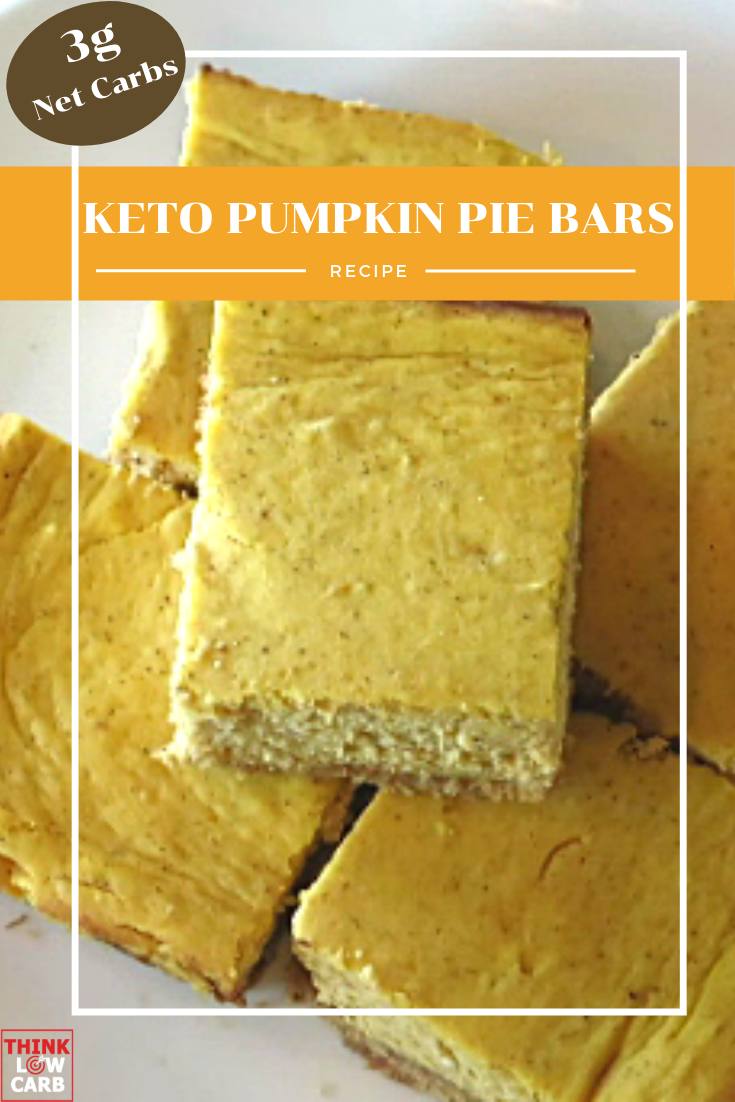 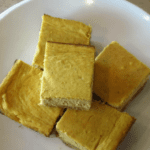